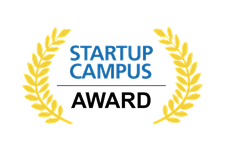 Article about the startup award

Fewer dangerous falls and a better quality of life: Why ETH biorobotist Giacomo Valle is developing a new neuroprosthesis for leg amputees.

Leg amputees are hardly noticeable in public spaces. Doesn’t that speak for the quality of existing prostheses, Mr. Valle?

Certainly. The prostheses are good. But you still shouldn’t underestimate the problem: There are four million people in the US and Europe who have lost one or both legs. They have an above-average risk of fall. In addition, they move less than the average of the population. Due to their sedentary lifestyle alone and the long-term medical problems, they cause additional health costs of some 300,000 Swiss francs per capita.

How are you planning to reduce these costs?

Amputees should be able to feel their prosthesis as part of their own body and thus feel safer and more. We are speaking about an artificial sensory feedback. You can compare it to a vibrating joystick: Gamers, for example, who have a haptic experience in addition to the visual experience tend to perform better in a video game.

You are working on a device that a handicapped person straps onto his or her prosthesis. That sounds a little old-fashioned, doesn’t it?

Of course, neuroprostheses can also be implanted – for example, in a patient’s leg nerves. There are research teams working on such a solution. However, we know that many people who suffer from diabetes or the consequences of an accident tend to be reluctant to have additional operations. MyLeg can provide similar benefits with a completely non-invasive solution. In addition, getting medical certifications for a device like ours is much less complicated.

No images available at the moment